Robotiq raises $31 million in latest round of funding 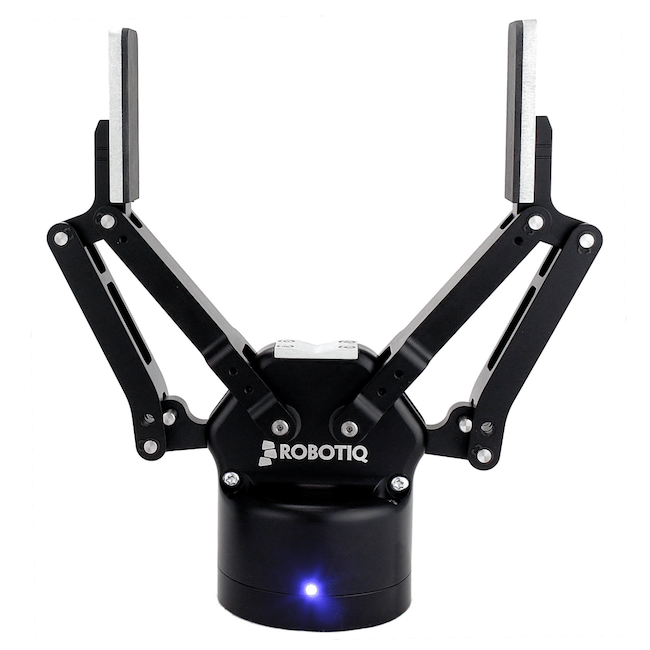 Quebec-based Robotiq, known for their gripper attachments within the collaborative robotics market, has raised CAN$31 million in its first round institutional financing.

Directed towards product development, the investment comes by way of global investment firm Battery Ventures. As part of the transaction, Battery General Partner Jesse Feldman, who specializes in industrial-technology investments, will join Robotiq’s board.

The plug-and-play grippers that Robotiq is known for are offered throughout Universal Robots’ UR line of cobots and are compatible with the e-Series lineup as well.

All three grippers that Robotiq produces  (the 2F-85 and 2F-140 and Hand E) utilize automatic part detection, position feedback, and part validation – leading to high efficiencies in the pick and place applications. Coupled with a wrist camera to identify parts, the Hand E eschews any jigs or fixtures.

In addition to end-of-arm grippers, Robotiq makes force sensors, camera technology, and related software. The systems can be used to help with manufacturing tasks including light assembly; finishing, quality testing and the aforementioned pick and place applications.

Robotiq is the result of various mechatronic research projects originating at Laval University in 2008. Co-founders Samuel Bouchard, Vincent Duchaine, and Jean-Philippe Jobin decided to commercialize some of the work they and their professor Clément Gosselin created at Laval.

For Bouchard, it was an astronomy course that exposed him to the wonders of science and pushed him to study engineering physics. Soon after though, a robotics internship at Laval won him over “And that was it,” robotics had him hooked.

Jobin’s path to robotics is just a little bit different. As an acting circus professional, he travelled the globe as a performer and helped establish the École de cirque de Québec before completing his engineering undergraduate degree in 2002 and his masters at Laval in 2005 where he would eventually meet Bouchard.