Of the 501 respondents, 30 per cent were optimistic about business prospects for 2019. 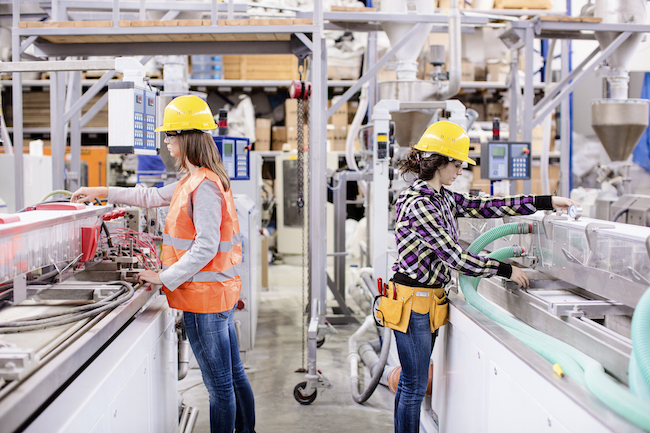 TORONTO – A new survey shows business optimism for the year ahead among Canadian manufacturing executives is lower than it was a year ago as trade issues weigh.

The survey, by RK Insights, showed 30 per cent of the 501 respondents were optimistic about business prospects for 2019, down from 44 per cent a year earlier.

“Canadian manufacturing has been booming, but there are storm clouds on the horizon and that’s eroding Canadian CEOs confidence in 2019,” Jeff Brownlee, publisher of Plant Magazine, which commissioned the survey, said Monday.

The survey found 18 per cent of the senior executives were concerned about business prospects for the year ahead, but 51 per cent were cautiously optimistic in a similar level to last year.

Looking over a three-year horizon, 11 per cent were optimistic about growth prospects for Canada, down from the 22 per cent last year.

The survey, conducted in August and September before a new North American trade deal was signed, showed an increase in concerns about the effects of U.S. President Donald Trump’s trade policies.

“Global uncertainty, as well as the ongoing Trump effect, is leaving its mark on Canadian trade. The good news is Canadian companies are diversifying, the bad news is, if 2018 is any indication, they need to do more,” Brownlee said by email.

The Bank of Canada’s latest business outlook survey, conducted in November after the new NAFTA deal, indicated sentiment had weakened slightly, but that responses to almost all of the survey questions were still holding above their historical averages.

The Plant Magazine survey, which polled a variety of public and private manufacturers across Canada, has a margin of error of about four per cent, 19 times out of 20.