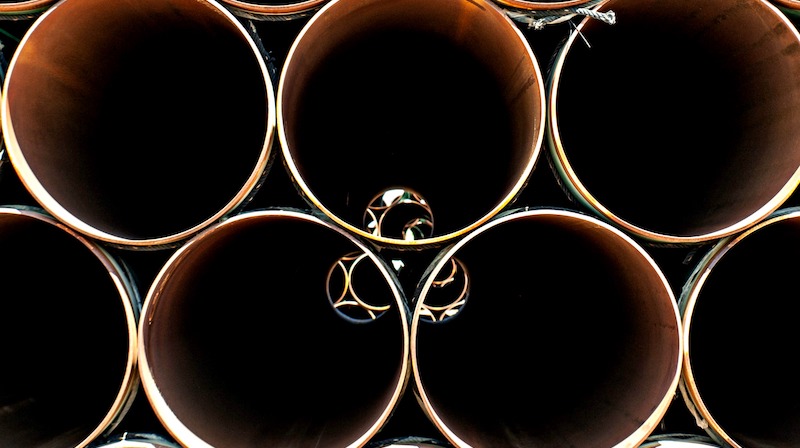 CALGARY – TC Energy Corp. is looking to divest $5 billion in assets next year, as the Calgary-based pipeline operator seeks to pay down debt and fund new projects.

“We are opportunity rich,” Poirier said. “And being opportunity opportunity-rich means we expect to sanction additional high-quality growth projects that will further differentiate TC Energy as an industry leader. So there is a need to balance our sources and uses of capital without the reliance on further external equity.”

Poirier declined to provide specifics around which assets could be up for sale, though he said that the greenhouse gas emissions profile of individual assets will be a factor as the company seeks to reduce its carbon footprint.

In addition, he said a divestiture program will give TC Energy the capacity to move faster with some of its efforts to reduce its emissions by 30 per cent by 2030, and reach the target of net-zero greenhouse gas emissions by 2050. The company is exploring a carbon capture transportation and sequestration system in partnership with Pembina Pipeline Corp., and also has a partnership with Irving Oil to explore the development of low-carbon hydrogen opportunities.

On Wednesday, Poirier said he was encouraged by last week’s federal fall economic statement, which pledged government support for the development of clean technologies as well as a new tax credit for hydrogen development.

“We’ve been working very hard to develop our capabilities in some of these new low-carbon areas,” Poirier said. “Clearly, the incentives that have been presented both in the U.S. and Canada are going to accelerate our opportunity set in our low-carbon businesses.”

TC Energy reported Wednesday that its third-quarter profit rose compared with a year ago as its revenue gained more than 15 per cent.

During the quarter, TC Energy resolved a long-standing dispute with LNG Canada over projected cost overruns for the Coastal GasLink pipeline project, which TC is building to ship natural gas to the LNG Canada export terminal currently under construction near Kitimat, B.C.

The revised project agreements reflect a new total cost estimate for Coastal GasLink of $11.2 billion, up from $6.6 billion.

In August, TC Energy announced a strategic alliance with Mexico’s state-owned electric utility for the development of new natural gas infrastructure in central and southeast Mexico.

As a result of that agreement, TC Energy announced it will go ahead with construction of the Southeast Gateway pipeline, a 715-km offshore natural gas pipeline to serve the southeast region of Mexico. That project is estimated to cost US$4.5 billion, and be complete by mid-2025.
www.tcenergy.com