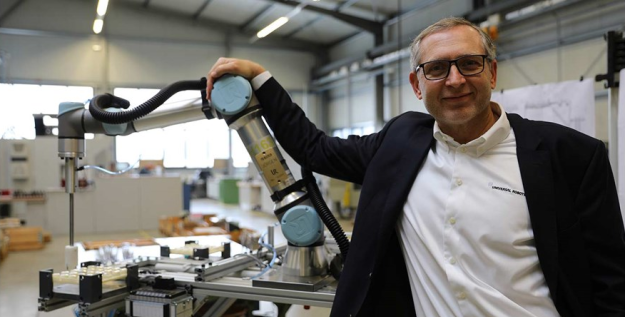 Universal Robots (UR) announced the sale of its the 50,000th UR cobot, purchased by German manufacturer, VEMA GmbH. Collaborative robots remain the fastest growing segment of industrial automation, projected to grow at a CAGR of 30.37% during 2020–2025.

“We have worked very hard in the past 15 years to develop an entirely new market segment with a mission to enable especially small- and medium-sized companies to automate tasks they thought were too costly or complex,“ said UR president, Jürgen von Hollen. “As a pioneer in this market, we put a lot of work into creating awareness, influencing standards and changing customers’ perceptions influenced by their experience of traditional robots.”

Jürgen von Hollen will be leaving UR at the end of the year after a four-year tenure at the helm of UR. Gregory Smith, president of Teradyne’s Industrial Automation Group, will step in as interim president on January 1 until a new leader is named.

“I thank Jürgen for his leadership over the past four years in growing Universal Robots from start-up status into the undisputed global leader in industrial collaborative robots,” says Mark Jagiela, president and CEO of UR’s parent company Teradyne. “He leaves behind a strong platform for the next level of growth with a talented workforce, an engaged ecosystem of distribution and technology partners as well as an expansive worldwide customer base.”
www.universal-robots.com