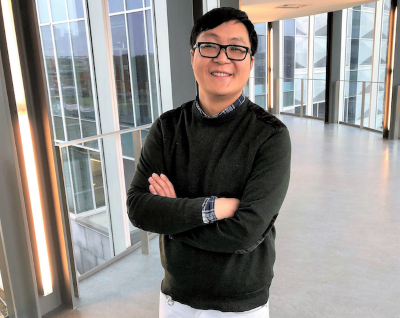 An Ontario researcher said he has discovered a new, inexpensive way to convert carbon dioxide into a liquid fuel using sunlight in a process that mimics photosynthesis.

Yimin Wu, an engineering professor at the University of Waterloo, said the applications of his discovery are near limitless since the process can be used by anyone or industry that produces carbon dioxide.

He has dubbed the process an “artificial leaf.”

“I tried to find a new way to mimic photosynthesis in nature, where leaves convert carbon dioxide and water with sunlight to produce glucose and oxygen,” Wu said in an interview.

Rather than making glucose, Wu tweaked the reaction to produce methanol, which can be used in variety of ways, including as fuel for vehicles.

“The motivation is to reduce carbon dioxide emissions, a greenhouse gas, and hopefully reduce global warming and to provide sustainable energy,” he said.

Wu said he worked on the new method for about three years since 2015, then began writing the discovery and filing patents.

Carbon dioxide conversion has long held the potential to reduce greenhouse gases that are contributing to climate change. Previous efforts required either raised temperatures or electricity for conversion, Wu said, which are inefficient and make large-scale efforts cost prohibitive.

But research in the area is ramping up. NASA has recently developed technology to convert carbon dioxide to fuel using a thin metal oxide film and sunlight.

Australian scientists have discovered a way to convert carbon dioxide into solid carbon at room temperature by using a metal alloy as a catalyst. That method uses a small amount of electricity.

The key to Wu’s “artificial leaf,” he explained, is the use of a red powder – cuprous oxide – as the catalyst. Wu said he was able to take the substance, found in relative abundance in nature, and make it in a specific orientation, known as its facet.

Wu was then able to simply use the cuprous oxide along with sunlight – rather than electricity – to make the conversion work efficiently. He said the solar-to-fuel efficiency is 10 per cent, which is a tenfold increase compared to a natural leaf’s efficiency.

“This has several advantages: one is we convert solar energy directly into fuels without using electricity as an intermediate step, which prevents losing some energy,” he said. “The other advantage to using sunlight is that it doesn’t need complicated infrastructure and can be more easy to scale it up than using electricity.”

The most obvious applications to his discovery are oil, steel and automotive companies looking to reduce carbon dioxide emissions, he said.

“And we can provide sustainable fuels to vehicle companies as an alternative to gasoline,” Wu said.

Wu conducted the bulk of his research while working at a federal laboratory in Illinois with the U.S. Department of Energy. Then he moved to the University of Waterloo to further his research.

“I want to make an impact in Canadian societies and also worldwide,” he said. “I expect this research will have a real effect on the world.”
https://uwaterloo.ca