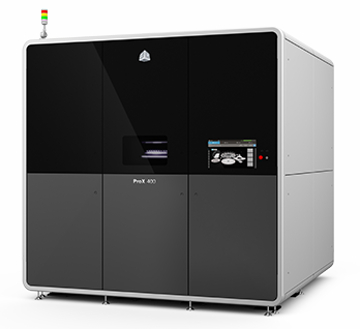 3D Systems announced it will preview its latest industrial Direct Metal Printing (DMP) system, the ProXTM 400 at EuroMold 2014 in Germany. According to the company, the system produces dense and suface-finished metal parts up to 500 X 500 X 500 mm, without the need of multi-step machining. In addition, the ProX 400 is capable of printing in more than a dozen alloys, including stainless steel, aluminum, cobalt chrome, titanium and maraging steel.

The ProX 400 is also equipted with a two-laser system that increases throughput and a modular design that makes it easy to turnaround print jobs in a little as 15 minutes, the company says. In addition to its large build space, the system also features a layer thickness range of 10 μm to 100 μm and a minimum detail resolution of 100 μm on the x/y axes and 20 μm on the z axis.