Canadian space cameras to be reinstalled on ISS

VANCOUVER — UrtheCast Corp. says a cabling problem inside the International Space Station was the reason that two of the company’s cameras couldn’t send data to Earth after they were installed recently.

The Vancouver-based company says it expects the high-resolution Earth-imaging cameras will be re-installed by the end of the month. The space cameras were removed late last month for safety reasons.

They were installed by Russian astronauts Oleg Kotov and Sergei Ryazansky on Dec. 27 without incident. But shortly after they were put in place, the Mission Control Centre near Moscow reported that it couldn’t receive any data from either camera.

Without any data, the control centre could not confirm that the cameras were receiving power and would be able to survive “temperature fluctuations” in space.

Once installed, the cameras — one shoots photos, the other streams video — will transmit images of the Earth on the Internet early next year. 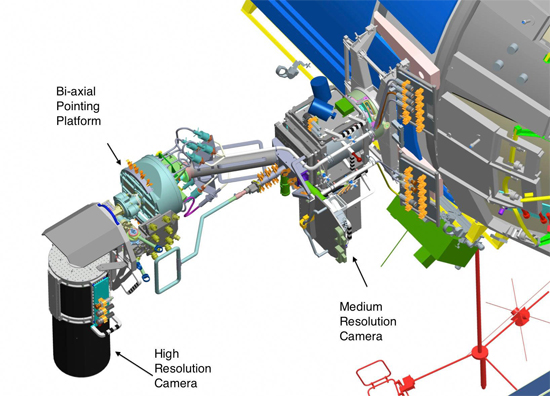 They will be able to capture images of outdoor events, stadiums, boats and planes, but images like people’s faces and licence plates will be too small to be visible. They will also be used for agriculture, forestry and environmental monitoring.

The video camera can take images of an area measuring three by five kilometres.