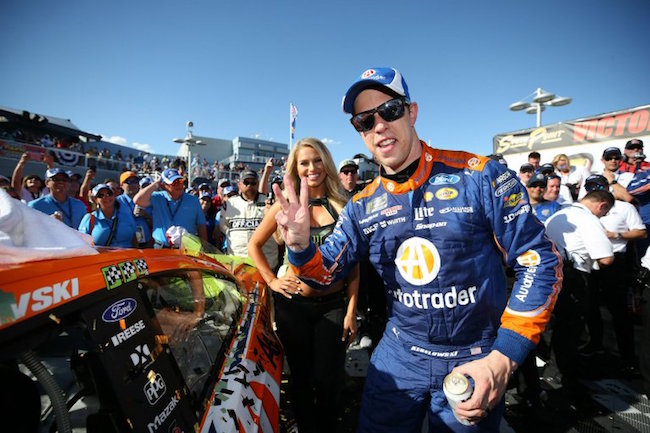 “The capabilities of new technologies are limited only by our imaginations and willingness to act,” said Keselowski. “Until now, much of this advanced manufacturing technology was considered too complex and too expensive for production level applications. By combining additive manufacturing with subtractive capabilities, the goal of KAM is to lead the way for the next industrial revolution by making these technologies more accessible.”

Motorsports is said to be one of the earliest industries to adopt 3-D printing technology, using it for rapid prototyping of its expensive, one-off cars, and Keselowski became familiar with AM technology as a racer.

Keselowski plans to continue racing and will be at Daytona Feb. 17 when the NASCAR season opens. Steve Fetch, general manager, will oversee day-to-day operations at KAM. He previously was vice president of global quality for 3D Systems.

“It’s fantastic to work with a true entrepreneur like Brad Keselowski, and we are excited to be a partner with KAM for tooling and tool measurement systems. Brad has a bold vision for his company and great people on his team. We wish them all the best in this new endeavour,” said Chris Kaiser, president and CEO of BIG Kaiser Precision Tooling Inc.

Keselowski, 34, is the sixth highest-paid NASCAR driver with total earnings of $11.2 million, according to Forbes’ 2018 list of NASCAR’s highest-paid drivers. He was the 2012 NASCAR Sprint Cup champion.

Keselowski has a long family history in manufacturing and racing. His grandfather made drill bits for the military during World War II and he worked with his father and uncle, both of whom were racers, as they built their cars in the family shop. As a driver, Keselowski learned more about advanced machines, tools, engineering designs and other technological innovations.