Canadian leaders discuss the trends and challenges in the motion control market. 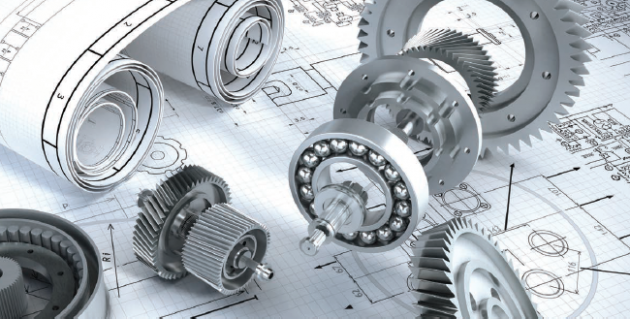 Analysts generally saw 2016 as a return-to-growth year for the MC industry. Did that hold true for the Canadian market? How does 2017 look?

Joe Ottenhof, Regional Manager Canada, Beckhoff Automation: Return to growth is exactly right. For us, 2015 was pretty well “flat”. However, in 2016, we returned to strong growth more in keeping with previous years. For 2017, year to date, we’ve seen dramatic growth, particularly in the motion control market. From my conversations with other suppliers, that seems to be a common story across the industry. I think the reason for that growth, in part, is the impact of the USD/CAD exchange rate on the manufacturing industry, particularly in Southern Ontario. 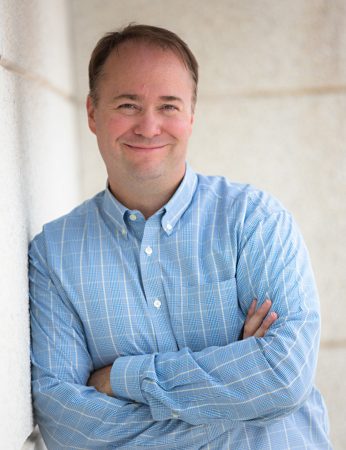 Chris Murray, President, Myostat Motion Control: For us, 2015 and 2016 were good years. This year has been on track to be the same, however through the summer we’ve seen a bit of a dip. Some of our larger customers have found themselves with too much inventory, resulting in the summer slowing down more quickly then we predicted. We have new business coming on that is very hopeful and should propel us through another growth year.

Luc Chagnon, National Business Development – Motion, Schneider Electric Canada: We’ve seen strong and sustained growth year over year but we may not represent the industry norm since Schneider Electric Canada is relatively “young” in the motion control market. In the last five years, that growth has been due, in part, to becoming more recognized and increasing our motion portfolio, which now includes robotics as well as pure motion control. That said, the Canadian dollar is still low so, from an OEM perspective, the momentum is good. And, in 2017, automation is everywhere. Years ago, it was largely in the automotive sector but now it’s no longer a choice. As a result, the market is strong and growing.

Doug Newton, VP of Marketing, Advanced Motion &
Controls Limited: We did have a good 2016, and 2017 has been positive for us so far. In general, we continue to see customers continue to invest in automation.

Which industries or products in the Canadian market have the most “heat” these days? 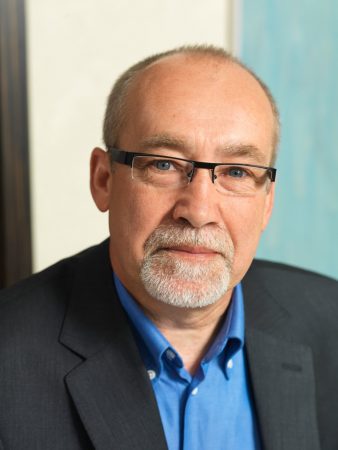 Ottenhof-Beckhoff: It seems that for many suppliers in Southern Ontario, and Beckhoff specifically, it’s the automotive parts industry that’s driving the hundreds of manufacturers who make everything from a door hinge to a door frame. Our tier 2 customers are responding to their tier 1 customers, who are demanding more technology in their manufacturing operations. So, not only are they busy, but our customers are taking this upturn as an opportunity to upgrade the technology in their own plants thereby improving the competitiveness and efficiencies of their operations.

Murray-Myostat: Medical is an industry where we’re getting more business. Those kinds of projects are desirable because that industry is focused on making a high quality product. They also search for products based on their risk analysis or that will fit a particular build envelope. One thing we’ve done is become ISO 9001 certified and we’re pursuing the medical ISO 13485 standard, which will make it easier to work with companies that develop medical devices. Regionally, we sell mainly in Southern Ontario, rather than Vancouver, Alberta or the east coast. We do get a good number of inquiries from Quebec, but not a lot of sales. The projects there tend to be more generic CNC or applications requiring larger components that don’t fit our wheelhouse.

Chagnon-Schneider: Robotics shows a lot of promise. The demand is strong now and will probably stay strong for a couple of years, especially in those industries that haven’t fully automated previously. Years ago, robotics meant complex 5- or 6-axis applications but today people understand that can also mean simple movement to perform pick-and-place or other more basic operations. In the past, that simple movement was pneumatically driven but many are migrating to electric actuation, especially as IIoT becomes more important. Servo or electrically driven machines are more capable of connecting to remote services and transmitting data.

Newton-Advanced Motion: From a products perspective, it would be robotics. In general, customers want to downsize the footprint of the machine and increase throughput. On the industry side, it’s still the mainstream: Automotive, packaging and life sciences. So, there is no one sector–just a general increase across the board.

What “mistake” do you most often see your customers making?

Ottenhof-Beckhoff: I don’t know if it’s a mistake but many customers seemed to be surprised by the speed at which technology is changing with respect to the use and importance of data in manufacturing operations. Automation engineers have a different lexicon today that includes concepts from the IT world. Now, we see automation specifications that talk about “the cloud”, edge computing or IIoT. Those ideas were never part of their conversation before. Today, they seem to be everywhere. So, it’s not a mistake but people may be caught off guard by these fundamental changes and, to a certain extent, they’re scrambling to catch up.

Murray-Myostat: We often run into customers who rely more on rule of thumb than hard engineering. For example, we had a customer recently who was looking for an application with specific requirements. We spent weeks doing all the calculations and finding the right components so that it was compact and met the cost and performance targets they wanted. The response we got from the customer was that, based on their experience, the motor we chose “looked” too small. We sent the calculations and even made a video showing that the solution we built could do more than the job required but the customer still wouldn’t accept it as the right solution. Unfortunately, many customers simply won’t let us guide them to the properly engineered solution.

Chagnon-Schneider: It’s trying to implement a trend or technology, like IIoT, without having a clear and specific objective or end result in mind. There is a lot of promotion of the idea and every manufacturer is pushing their solution, but it’s a mistake for a customer to jump into something that doesn’t fit their needs. An OEM may want to build a machine with IIoT capabilities so they can then have remote access and provide services around that but, at some point, that doesn’t make sense. A small machine, for example, may end up costing too much to have remote access. The mistake, then, is not spending the time to make an objective analysis of the application’s needs. 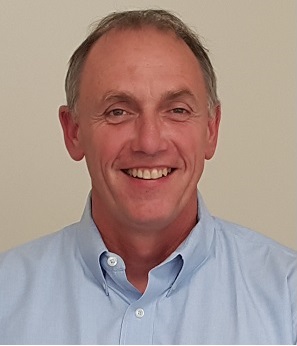 Newton-Advanced Motion: It’s not a mistake although the misconception we run into is that customers believe automation is much harder than it really is. We have examples that start with the typical lead although, once you meet with the customer, they paint a dramatic picture that seems insurmountable. As you ask questions and get a better understanding of their goal, it becomes not that difficult and we end up being successful. That’s true of collaborative robots, as well. We explain to customers not to over-complicate; pick your easiest application and build upon that. We also run into the other extreme where customers think it will be much easier and that they can just plug-n-play. It really depends on what they would like to achieve. As much as you can research using  Google, sometimes you do need the expertise a distributor or manufacturer can provide.

The IIoT concept seems to be gaining ground but what will need to happen for it to become mainstream?

Ottenhof-Beckhoff: Many years ago, in the automation world we talked about “shop floor to top floor”.  So it’s not simply about being able to retrieve data from the manufacturing process. Both published and “de facto” standards (e.g. the PC and Ethernet) have enabled the free exchange of data from anywhere. What’s different with IIoT and Industry 4.0 is now we have an infrastructure that makes that data exchange a relatively simple and inexpensive task. Even so, data is only “data” until it’s put into context and enables, for example, something to be made less expensively or to be delivered faster. What needs to happen for IIoT to become mainstream? Nothing actually, except time. The Internet shapes everything now. It’s inevitable that it will continue to shape manufacturing as the barriers that made the industrial world a separate sphere continue to come down. We’re now all speaking the same IoT language.

Murray-Myostat: I think people are still trying to get a handle on what IIoT actually means. In some ways, that idea has been around for a while now. In process control, for example, having a machine hooked up to a network and aggregating data has been commonplace for 20 years. To my thinking, IIoT is all about using data to understand the efficiencies of your processes. That all currently exists. IoT has developed a brand, outside of the manufacturing world, that is bringing non-traditional developers and service providers into industrial applications. Their investment and innovation will ultimately drive down costs and benefit the guys who couldn’t previously afford the technology. 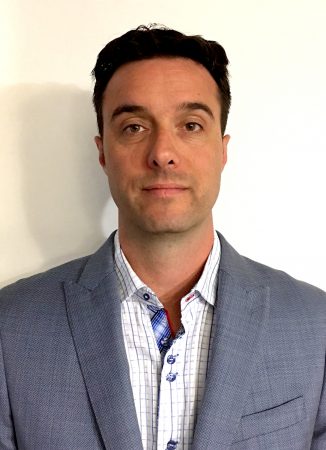 Chagnon-Schneider: On one level, IIoT isn’t new. I’ve been in automation for 20 years and we did many of the same things then but the term didn’t exist. What’s different today is most of the product going out now has some Internet capability built in. The technology allows access to every device and all the data you want from anywhere. What needs to happen is for industry to continue to connect those components to the Internet. That then allows you to add value with the data, either on the production performance side or more on the service side through diagnostics or remote maintenance.

Newton-Advanced Motion: Although we have the products, we honestly don’t hear a lot of people discussing IIoT and no one is requesting they want to learn more about it. Suppliers are starting to come on stream with product and there is a lot of promotion, although there’s still some question from customers about how they can adapt it into their world. I think they are still in that information gathering stage, so it’s incumbent on us as distributors to define, explain and make clear the reasons why they should adopt it.