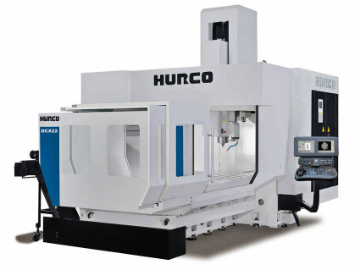 CNC machine maker, Hurco, announced that it recently filed a U.S. patent application for a new technology that combines 3D printing and CNC machining. According to the company, it has developed an additive manufacturing adapter that will allow Hurco machines to 3D print directly.

“We designed an additive manufacturing adapter that, in combination with proprietary Hurco control software, effectively turns a CNC milling machine into a 3D printer,” said Gregory Volovic, President of Hurco Companies, Inc. “With this new additive manufacturing capability, users may go from print to plastic prototype to finished metal part on one machine without repeated set-ups and without multiple prototyping utilizing costly metals and raw material.”

Presumably, the adapter is based on the FDM process, but the company says it’s working on developing the technology to include other additive manufacturing processes.

Hybrid machines, combining both additive and subtractive processes, are at the forefront of manufacturing technologies. Similar initiatives include the Matsuura Lumex Avance-25, which provides both metal laser sintering and 5-axis machining and Trumpf’s DepositionLine, a laser welding technology that adds metallic material to existing components, the company says.

Hurco says it will unveil the 3D printer adapter at the International Machine Tool Show in Chicago later this year, to coincide with the introduction of its latest machines and CNC machine control.
www.hurco.com