Balluff two form factors of coupler line connect to up to eight sensors. 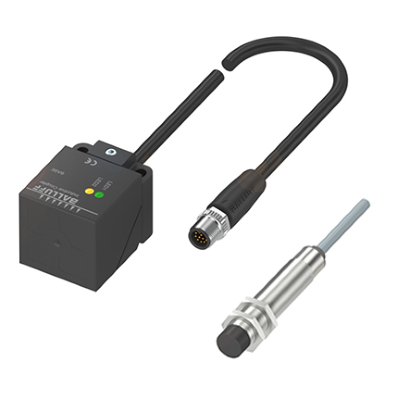 Balluff released an inductive coupler line that connect up to eight discrete sensors across a small air gap. The 18mm M18 cylindrical version can connect to up to 4 discrete PNP sensors with 100mA of output current. The 40mm Q40 cuboid version can connect to up to 8 sensors with 500mA of output current. Both versions have an IP67 rating. Balluff’s passive junction boxes with M8 or M12 connectors allow connecting the remote coupler to the sensors. Multiple remote couplers can be used with a single base coupler. LEDs on the base and remote switch on to indicate that a connection is active.
www.balluff.com